The Different Strategies to Win At Poker

Poker offers good profits than the other (gambling) games:

There is no other gambling game that offers them (the players) opportunities to make profits as much as Poker, other than sports betting. Winning at poker is more of a skill than any other game (Gambling). In this presentation, I present you with the various effective strategies to win at poker consistently.

It is a good strategy when you are familiar with the poker variation:

It has been discovered that one must recognize the best possible hand of cards with any board. And if you fold the nuts without knowing that it is the best of all the possible hands, then you get to lose money (lots). If you think that you are holding the nuts (when you are actually not) you put a lot of money in the pot only to lose it. It is always recommended that you play cash versions of the games to better understand betting before actually trying out a real money table (live or online).

Being a passive player:

One of the worst strategies is to be a passive or loose player. A loose player takes part in a lot of hands. That is to say that loose players never fold often. One can guess how tight or loose a player is by seeing how many pots he or she participates in. For instance, a player who folds eighty-five percent of their hands before the flop is much tighter than a player who folds sixty percent of their hands much before the flop. It is not wrong by being loose, however when you combine that with being passive, you lose money. A player who is passive, who calls a lot of raises and bets, rarely raises or bets himself. The aggressive player is the opposite of a passive player. He raises and bets a lot. A calling station is one that plays passive and loose poker. And the good players love playing with passive and loose players.

It is also bad to be a Passive and tight player:

It is a better approach to playing tight and folding a lot, than being loose. And if you merge tight and passive play, you never win enough cash.

When a rock starts playing a hand more aggressively pay attention and fold. A player who has this approach, will have the nuts or at least close to it if he is raising or betting.

The approach which can work is being loose and aggressive:

An aggressive and loose player always plays in a high percentage of hands, and regardless of what kind of cards he is holding, he bets and raises. Such a player does pick up a lot of blinds and antes. He is playing with the cash he happened to pick up by running over the other players. However, this is not the correct approach to the game. Just imagine the ultimate aggressive loose player. He or she goes all-in preflop on each and every hand. The question is how to defeat such a player. One keeps folding until he has a high pair of queens. You need to figure out the range of hands your opponent has and then play accordingly.

It is not a great strategy to bluff:

Bluffing is very closely related to being an aggressive and loose player. When you are raising and betting with a hand, which almost surely cannot win at showdown, you can bluff. Many beginners bluff (quite often) and they pay for it in the future. A particular way to think about bluffing is done by considering how many opponents you are playing against. Your odds of succeeding are much lower if you attempt to bluff five other players, than if you try bluffing a single opponent.

The Best thing for most beginners is a tight and aggressive strategy:

Managing a bankroll, is quite different from money management as a poor casino game strategy. Managing a poker bankroll is setting aside enough money, to play poker which you will not exhaust. Despite the fact that poker is a skill-based game, each hand is a product of random chance. It is common to have some bad luck. Hence one must have enough money (in your bankroll) for a buy-in. (typically it is 20X however some people prefer to have 40X as their bankroll). However, it is ok to take a rare shot at a game much above your bankroll.

Many gamblers are not good at poker to see a consistent profit. It does not matter if you are better than the average player, one needs to win money to overcome the rake. You must master your basics first to win consistently!

Poker or Blackjack What Should You Play 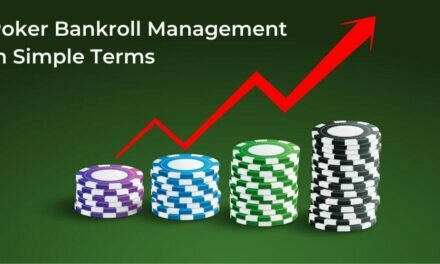 How To Boost Your Poker Bankroll 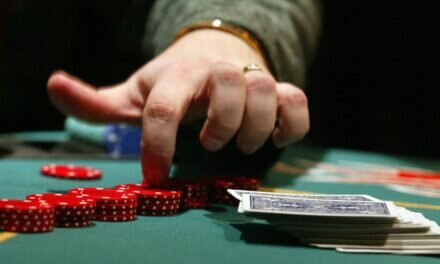