The single T20I match of the Netherlands’ 2022 tour of New Zealand will be contested on March 25, 2022, at McLean Park in Napier, New Zealand. New Zealand, as a powerful side in this battle, will test their bench strength, while the Netherlands will compete to showcase their strengths and enhance their International Cricket ratings. In this match, Pieter Seelaar will lead the Netherlands, while Tom Latham will lead New Zealand.

This T20 will provide an excellent chance for the Netherlands to get International T20 exposure for their squad. Because this is the only T20 match of the tour, both sides will compete to win the T20 match and the series. In 2014, New Zealand and the Netherlands played one T20I match. The match was a tight one. New Zealand won the match by a margin of six wickets. After scoring 65 runs off 45 balls, Brendon McCullum was chosen man of the match. The batters from the Netherlands, Peter Borren and Tom Cooper, had performed admirably and put the New Zealand bowling unit under strain..

The ICC T20I rankings place New Zealand fourth. This rank does not represent the squad’s strength. They’ve had a fantastic year of cricket and were finalists in the ICC Men’s T20 World Cup. This is a one-match series, and New Zealand has to win this match against the Netherlands. New Zealand’s primary batters will be Martin Guptill and Mark Chapman. Guptill has been in excellent form at the plate. He has a strike rate of 135.84 and has scored 360 runs in 10 matches. Mark Chapman will have another chance to show off his hitting abilities.

So far, he has 84 runs in three matches with a strike rate of 128.17.Ish Sodhi will lead New Zealand’s bowling attack. Sodhi is a veteran bowler who can give wickets for his side. In this bowling unit, Martin Guptill will have to fill the position with a supplementary bowler. With key players missing from this New Zealand side due to IPL 12, Tom Latham will bear an increased burden of leading the team to success. Michael Bracewell and Dane Cleaver, two debutants, have the ideal chance to showcase their abilities and make an impression on the New Zealand squad selection.

In international cricket, we classified the Netherlands as an associate team. It ranked the 17th in the ICC Men’s T20I Rankings. This competition would be helpful to get international experience and enhance one’s cricket level. The Netherlands squad has a few significant players, and with New Zealand not playing this match with its core players, the Netherlands would like to win and secure the series. The key batters will be Pieter Seelaar and Max O’Dowd. We will expect both batsmen to score runs and keep wickets against the New Zealand bowling attack.

Seelaar has 148 runs in ten games with a 112.9 strike rate, while O’Dowd has 323 runs in nine games with a 128.17 strike rate. The starting combination of Vikramjit Singh and Max O’Dowd must ensure that the early power play overs are used. Brandon Glover leads the Netherlands bowling unit. Glover must provide wickets on schedule while keeping the bowling economy low. Pieter Seelaar’s spin bowling will contribute to the strength of the bowling unit. In this competition, the Netherlands will face a hard battle in defeating New Zealand. They are acclimated to the weather in New Zealand, which increases their chances of success in this game.

They will play this Twenty20 International at McLean Park in Napier, New Zealand. This stadium, which has a capacity of 10,500, was erected in 1952. T20 matches at this site are helpful to bowlers. In the most recent match played at this location, New Zealand  defeated Bangladesh. The outcome of this match will not be determined by the outcome of the coin toss. Because the weather stays steady throughout the match, the toss has no effect. The team that wins the coin toss will select to bowl first. 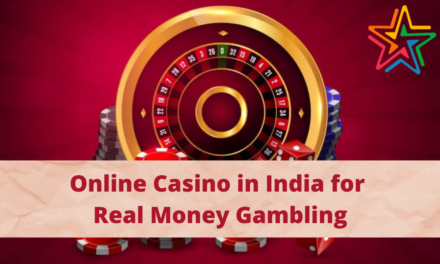