What Is The Scenario Of The Global Cryptocurrency Market ?, An Overview :

Few Crytpcurrencies Seem Big caters to the fact that the Cryptocurrencies traded in the Green on the early of 28th March, 2022. The Best part of the story is that the Global Cryptocurrency Market has gone up by 2.1 Trillion Dollars.

As a result, it depicts a 4.05 percent increase over one single day. At the same time, it needs to be noted that the Total Crypto Market Volume over the last 24 Hours stood to 90.99 Billion Dollars. Furthermore, in the other way round, this shows a 50.89 Percent increase.

It needs to be noted that the total volume in DeFi stands to 10.79 Billion Dollars. This amount stands to 11.86 percent of the Total 24 Hours Cryptocurrency Market Volume.

The Scenario Of Stablecoins :

At the same time, the volume of all the Stablecoins stands to 72.33 Billion Dollars and this stands to 79.5 percent of the Total 24 Hours Cryptocurrency Market volume.

How Do Bookmakers Determine the Odds

Switching on to Bitcoin, the value of Bitcoin stands currently to Rupees 35.65 Lakhs. Moreover, there is a dominance of 42.29 Percent. At the same time, this stands to a 0.28 percent increase over the Day. The Best part of the story with Bitcoin is that the value of Bitcoin rallied and this has pushed it at a level beyond 45000 Dollars. Another point to be noted is that Bitcoin is the world’s Biggest Cryptocurrency back in the Positive territory of the Year.

On one hand, the Token had risen as high as 47583 Dollars in the earliest Hong Kong Trading. Moreover, it has been stuck up beyond the 35000 to 45000 Dollars range since the early January. Apart from this, the fresh gains has made Bitcoin to go up beyond 1.2 percent for this year . However and previously. there was a 4.7 percent decline for the S&P 500.

After the Russian invasion on Ukraine, millions of people have donated for the cause with the help of Bitcoins. At the same time, in case, this Cryptocurrency keeps on breaking through a meaningful platform, it would be able to fetch the utmost upside Momentum.

Despair And Fear Grip The Crypto Industry As The Govt. Is Unwilling To Allow Offsetting Losses 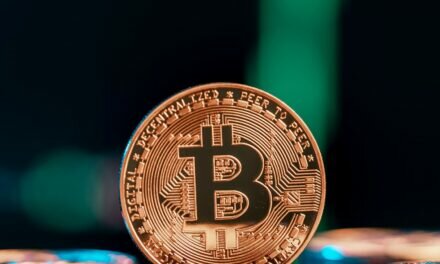